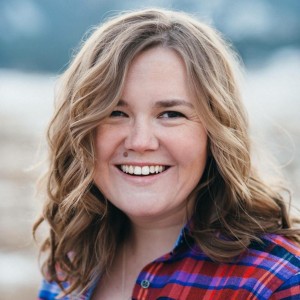 Last night between bursts of catapulting hail and tornado warning buzzes, I dripped and squished in soaking wet shoes into a large theater to hear a young woman speak. The event was sold out, and 5,000 soggy windblown people bumbled into the auditorium, discussing the bizarre weather yet still buzzing with excitement. After a few intros, a petite 17 years old stepped calmly center stage to a long and energetic standing ovation. Looking around some people were beaming, others were a bit choked up, and a good number of excited faces were children.

Well spoken, humble, courageous, and genuine in front of the vast buzzing crowd Malala Yousafzai began to speak. She began with a prayer of thanks, told her story of being shot for standing up and speaking out for a woman’s right to education, the difficult recovery from being shot in the head, and her continued efforts to gain access to education for women around the world. Malala reminded us that she was not there for herself, not there for personal publicity, but as a voice for thousands of girls who want and need access to education.

There were cheers, there were tears, and by goodness there was lots and lots of clapping. As a major proponent of education, especially for women, I knew I would agree with Malala. I had read her book, and listened to her Nobel Peace Prize acceptance speech. What I did not expect from the evening was to be so moved by her sincerity and awareness of self. Malala makes no attempt to be a celebrity, she does not concern herself with being who the media might want her to be, and in the end being herself makes her message infinitely more powerful. She is a girl who bickers with her younger brothers, who sometimes gets low marks on tests as she adjusts to her new school in Birmingham, and who is afraid of roller coaster. (Me too, Malala! Roller coasters are a no go!)

In my work I talk at great length with clients, friends, and leaders about the importance of bridging the chasm between who you are at home and who you are at work. Study after study tell us that the bigger the chasm between these two versions of yourself the more stress and anxiety are created in your life, they also tell us that more than half of Americans do not feel like they can be their true self at work. So many of us put on a mask at work, and dig a deep divide between these to spheres, yet there is so much strength and peace in being yourself in every situation. Malala is proof of the power and serenity that come from knowing who you are and being that true person inside and outside your home.

A 17 year old as our brave example of understanding the importance of being yourself, I say we all pursue being ourselves in every situation. It just might take a little faith to face our fears of rejection or judgment, but in the end it will be worth every ounce of fear to know you are true to you.

Thank you, Malala, for all that you do, and for being yourself. You are amazing!

PreviousHey Thirty! Where have you been my whole life?
NextClearing your plate… (Featured in Savor Magazine)
Close Menu